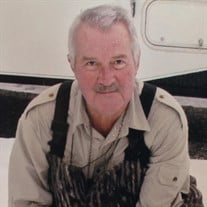 Walter “Dale” Gross of Bridgeport passed away peacefully on April 1, 2015 at age of 81. Dale was born March 12, 1934 in White Salmon, WA to Walter A. Gross & Muriel I. Gross (Powell). Dale was raised in White Salmon, WA where he worked in the logging industry growing up. After High School he attended Central Washington University and the University of Washington graduating with a degree in Pharmacy in 1957. Dale moved to Bridgeport, WA in 1962 and opened Gross Drug on July 1st. He operated the store serving the community for 52+ years as well as being active in multiple capacities including City Politics & Douglas County Sheriff’s Office and countless other activities / duties. Dale was a friend and mentor to many as well as a loving Husband, Father, Grandfather, and Great Grandfather. He was a man of many talents that loved music, singing, and the outdoors. An avid sportsman who enjoyed the community he lived and served. He always took time for his customers and loved to meet their needs and listen to a personal story with a warming smile and his full attention. His passion for people, community, and outdoors has touched so many. This simple obituary cannot capture what he meant to the lives he has touched past, present, and future. His warm eyes and gentle smile is a light that will be missed by many. He is survived by much family. He married Bette Leone Ericson in March of 1955 and the couple have three daughters…Shan Miller and husband Allen Miller of Mansfield, WA. Wendy Rodriguez and husband Javier Rodriguez of Bridgeport, WA. Kerrie Combs and husband Elijah Combs of Tonasket, WA. Dale later married Sheryl Leigh Ransom in November of 1971 and the couple has one daughter and two sons… Jill Stone-Harenberg and husband Scott Harenberg of Albuquerque, NM. Daniel Gross and wife Corrina Gross of Rogers, AR. David Gross of Pateros, WA. He is also survived by 15 grandchildren and 2 great grandchildren. Dale was preceded in death by his parents, sister Helen Robertson, and daughter Rebecca Mae Gross. Memorial Service will be held on April 11th at 2:00 pm at Bridgeport High School. In lieu of flowers donations can be made to North Cascades Bank (Brewster, WA Branch) “Dale Gross Memorial Carving Fund” honoring Dale’s legacy and service to the community in which he fell in love with and resided for more than a half century.

The family of Walter Dale Gross created this Life Tributes page to make it easy to share your memories.

Walter “Dale” Gross of Bridgeport passed away peacefully on April...