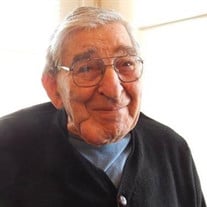 Thomas G. Bombaci, Sr., born December 26, 1926, died in Chelan, Washington November 4, 2016. Sixth of seven children, he was born and raised in Essex, Connecticut to Giovanni “John” Bombaci and Lavinia DeStefano Bombaci. He was predeceased by his loving wife of 57 years, Martha Page Bombaci, and his six siblings; Giovanna Louise “Jennie” Bombaci Cutone, Giuseppe Francis “Joseph” Bombaci, Antonio Jerome “Tony” Bombaci, Santo Louie “Sam” Bombaci, Marie Bombaci Bonanno, and Victor Salvatore Bombaci. He is survived by his loving family; Lydia Bombaci Myers and her husband Peter Hamilton Myers, Thomas G. Bombaci, Jr. and his partner Hollis Fleischer, Richard Page Bombaci, and Timothy Clark Bombaci and his wife Karla Joan Holme. He leaves four grandchildren; Kevin Thomas Myers, Brendan Muir Bombaci, Jessica Braley Myers, and Angela Rose Bombaci, as well as three great grandchildren; Killian Thomas Myers Walsh, Lincoln Hamilton Walsh, and Cosimo Thomas Guthrie. In his early years, he helped out on his family farm in Essex, Connecticut. He graduated from Pratt High School in Essex, Connecticut in 1945, earning 14 Varsity letters in soccer, baseball, basketball, and track. He set the record for the mile run in the State championship. He was active in student politics and excelled in math. He joined the U.S. Army, serving as a Technical Sergeant at Camp Pickett in Virginia. He graduated from Franklin Technical Institute in Boston, Massachusetts and was later employed as an architectural draftsman in Essex. He married Martha Haynes Page, of Guilford, Ct in 1950, of whom he said, “I chased until she caught me”. Beginning in the mid-1950’s he and family members established the successful Essex Sash & Door, Co. Inc. He subsequently designed and built three homes for his growing family. Tom and Martha retired to Beverly Hills, Florida in 1987 where they lived until Martha’s death in 2007, at which time Tom relocated to Manson, Washington to be close to family. Tom was an avid golfer, a die-hard Boston Red Sox and Tampa Bay Rays fan, and a Master in DIY. He loved playing cribbage, Yahtzee and other parlor games. He enjoyed working in his yard, taking pride in his property. In his lifetime, he donated over 11 gallons of blood to the American Red Cross. Tom was gracious, good-natured and peace loving. A true gentleman, he was unwaveringly devoted to his wife and family. He will be sorely missed. “Where there is Love, there is no question” Precht Rose Chapel of Chelan, Wa is responsible for cremation arrangements. Burial next to his beloved wife will occur in Centerbrook, Connecticut at a later date. Inquiries regarding the burial service may be directed to Lydia Bombaci Myers. Those interested in making a charitable donation in Tom’s name are asked to send those donations to their local chapter of the American Red Cross.

The family of Thomas George Peter Bombaci created this Life Tributes page to make it easy to share your memories.