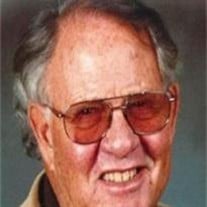 Rudy’s Obituary Rudolph F. Mayer, beloved husband, father, grandfather, brother, uncle and friend, went to be with the Lord on Saturday, January 26, 2013 after complications during heart surgery. Rudy is survived by his loving wife of 38 years Linda; his devoted daughters Louise (Darin) Swinney, Christina Mayer, Melia Mayer, Julianne (Adam) Quale; and his grandchildren who were the stars of his life, Allysen and Mandalyn Swinney, Mikelle, Cara, and Jaden Quale, and Isaiah Mayer and well as several foster grandchildren over the past few years. Rudy is also survived by his sister Maria (Buddy) Wason and his brother Paul (Dona) Mayer as well as many nieces and nephews. His many fishing, hunting, skiing and Jaycee friends also survive him. His parents Frank and Wilma Mayer and his firstborn daughter Melinda Mayer predeceased Rudy. Rudy was born in Wenatchee, WA and spent the first 6 years of his life in Azwell, WA before moving to the south shore of Lake Chelan. Rudy spent the rest of his life living in Chelan, graduating from Chelan High School in 1960. After working as a fish counter, Rudy began working for Chelan County PUD as an apprentice. Rudy spent his entire career with the PUD, retiring as Journeyman Operator/Maintainer at the Chelan Falls Power Plant in 1992. After retirement, Rudy began a second career as a full-time orchardist, upgrading from the previous 3 acres he had been farming for years. After several years, Rudy decided to live every minute and began exploring the US via fifth-wheel trailer with Linda and many of his friends. In the last few years, Rudy and Linda have been spending winters in Yuma, AZ, returning to Chelan for the spring and summer. Rudy was a builder and creator. He was always working on a project, frequently with a grandchild or three as assistants. In recent years, Rudy enjoyed painting, fishing and riding his ATV, especially with his grandson Isaiah. Rudy touched many lives and will be greatly missed. Funeral services will be on Saturday, February 2, 2013 at 2:00 p.m. at St. Andrew’s Episcopal Church in Chelan, WA. In lieu of flowers, the family requests donations to be made in Rudy’s name to the St. Andrew’s Episcopal Church Memorial Fund, PO Box 1226, Chelan, WA, 98816. Reception to follow at Campbell’s ballroom from 3-5pm. Private interment will be at Riverview Cemetery. Services have been entrusted to Precht Rose Chapel. Please feel free to leave comments and share stories for others to see.

Rudy’s Obituary Rudolph F. Mayer, beloved husband, father, grandfather, brother, uncle and friend, went to be with the Lord on Saturday, January 26, 2013 after complications during heart surgery. Rudy is survived by his loving wife of... View Obituary & Service Information

The family of Rudy Mayer created this Life Tributes page to make it easy to share your memories.