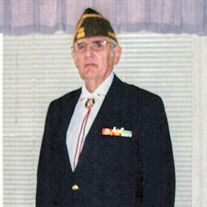 Robert M. Serafini April 1, 1946 – Dec. 5, 2021 Robert Serafini, 75, of Manson, Washington, passed away at Lake Chelan Hospital on December 5, 2021. Robert was born on April 1, 1946 in Seattle, Washington, to Charles (Chuck) and Mary (Mazzei) Serafini. He attended North Thurston High School, in Lacey, Washington, where he earned his high school diploma in 1946. Following high school, Robert joined the Navy where he served four years during the Vietnam War. He received the Vietnam Campaign, Vietnam Service and the National Defense medals. He married Karen M. Wilcher on April 15, 1967 at St. Michaels Catholic Church in Olympia, Washington. Subsequent to his service in the Navy, Robert owned and operated Bob’s Electric from May of 1972 until December of 2021. He was also a member of the V.F.W. Post #6853 where he was Post Commander for six years. Robert is survived by his wife, Karen (Wilcher) Serafini who resides in Manson, Washington. He is also survived by his sons, Robert C. Serafini of Chelan, Washington; Michael T. Serafini and Steven T. Serafini, both of Manson, Washington; his granddaughter, Brittany L. Serafini and grandson, Zachary R. Serafini, both of Manson, and his brother Chuck Serafini of Hollister, California. Services will be Thursday, December 30, 2021 at Precht Rose Chapel in Chelan. There will be a visitation in the morning from 9:00 AM until 10:30, followed by the funeral service. Services will conclude immediately following the service with the interment at Fraternal Cemetery in Chelan. Please leave any thoughts and memories for the family at www.prechtrose.com.. Services are entrusted to Precht Rose Chapel of Chelan.

The family of Robert "Bob" M Serafini created this Life Tributes page to make it easy to share your memories.