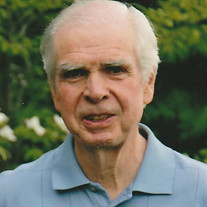 Dave, a long-time resident of Bridgeport, WA passed away from a sudden heart attack. Dave was the second of five children born in Brockton, Mass. to Ron and Alice (Harriman) Spencer. After high school Dave went to the University of Idaho to study Forestry. He was in the ROTC program, and graduated in 1967 with the rank of Ensign in the Supply Corps, and a Bachelor's degree in education. He married Meredith Horning June 10, 1967 in Boise, ID. Dave's first commission was in Athens, Georgia at Supply School. From there he was sent to Bremerton, WA where he was a supply officer aboard the USS Sacramento until 1970. When Dave left the Navy the couple moved to Bridgeport as both had teaching jobs in Mansfield. In 1975 Dave started building greenhouses to hold the orchids he grew. This turned into a business, Spencers ' Greenhouse. Dave became an accredited orchid judge in 1996 and they traveled to many orchid shows in the Pacific Northwest, entering plants in competition, as well as selling plants. As a retired couple they bought a small RV and to celebrate their 50th anniversary last year, drove across Canada to P.E.I. to visit one of Dave’s sisters. Then they all continued down the east coast and visited the rest of his family. In January of this year they did a snow-bird trip to Arizona and were looking forward to more fun trips. Dave was preceded in death by his parents, one brother, Fred and brother-in-law Eddie. He is survived by his wife, Meredith of Bridgeport; brother Ron (and MarKay) of Newport News, VA; sister Val Malinowski of Brockton, MA; sister, Becky (and Dave) Bollans of Murfreesboro, NC; and sister-in-law Roberta of Hanson, MA. A service of remembrance will be held Friday, May 11th at 11:00 am at the Bridgeport Marina Park. Come ready to share stories and bring your own lawn chair. A light lunch will be served. In lieu of flowers donations may be made to the charity of your choice, or to Faces4Hope, either online at www.faces4hope.com, or checks can be mailed to 2810 Riverwalk Place, East Wenatchee, WA 98802.

Dave, a long-time resident of Bridgeport, WA passed away from a sudden heart attack. Dave was the second of five children born in Brockton, Mass. to Ron and Alice (Harriman) Spencer. After high school Dave went to the University of Idaho... View Obituary & Service Information

The family of Richard David Spencer created this Life Tributes page to make it easy to share your memories.

Dave, a long-time resident of Bridgeport, WA passed away from...