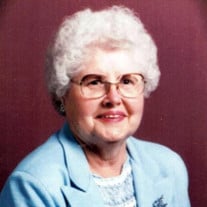 Lepley Mrs. Lepley was born Reva Evelyn McFadden to Charles Arthur (Art) and Bertha (Morley) McFadden on October 6, 1919 in Ralston, Oklahoma. She attended grade school at Union Center, a country school, until 1935 when, with her family, moved to Manson, Wash. She attended Manson High School for 2 years, then married Elmer Hugh Lepley on Sept. 4, 1937 in Wenatchee, Wash. Following their marriage, they lived in Manson, Wash. where they owned apple orchards. Mrs. Lepley worked as a seasonal apple sorter and later an apple packer at Lake Chelan Fruit Growers, later known as Trout, then Chelan Fruit. She retired from there in June 1980. They traveled. Mrs. Lepley was a member of the Manson United Methodist Church, where she once was with the choir for several years, also in community choir at Apple Blossom, Christmas and Easter cantatas. She was affiliated with Manson United Methodist women, and vicepresident and president of Manson Homemakers Club, both discontinued. Now belong to Lake Chelan Fortnightly Club in Manson, Wash. Husband, Elmer, preceded her in death on Dec. 2, 1987, shortly after celebrating their 50 years together. Also preceding her are her parents; 2 brothers, Marion and Kenneth McFadden; and 4 nephews Surviving are sons, Bill and wife Anne Lepley; George Lepley; 5 grandchildren and 9 great-grandchildren and 2 nephews and 3 neices. Services are entrusted to Precht Rose Chapel of Chelan.

The family of Reva Evelyn Lepley created this Life Tributes page to make it easy to share your memories.