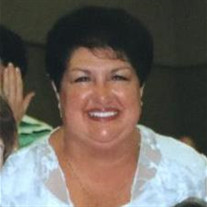 At the end of the second world war in 1946, among all the children born, two were to be born in Detroit, Michigan who would eventually be brought together by the Lord for over 51 years of love and 50 years of impact for the Lord and His Word.... View Obituary & Service Information

The family of Marion Louise Schmidtbleicher created this Life Tributes page to make it easy to share your memories.