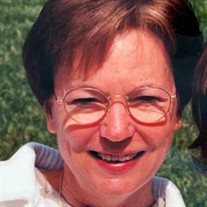 Margaret May “Peggy” Taylor Curtis June 8, 1938 – March 24, 2022 On March 24, 2022, Peggy Taylor Curtis of Chelan, WA, departed peacefully at her home at the age of 83, much to her family’s deep sorrow. Peggy was born on June 8, 1938, to Phil and Marge (Arneson) Taylor in Washington, DC. Her husband, Miles “Bucky” Curtis, and her eldest child, Pamela Schaffer, predeceased her in 1993 and 2015, respectively. She is survived by her three children Donna Boston (Hank Lobe) of Annapolis, MD, John Schaffer, Jr. (Christine) of Columbia, MD, and Tanya Asman (Barry) of Davidsonville, MD, step-children Pam, Scott and Glenn Curtis, eleven grandchildren, and six great-grandchildren. Peggy is also survived by two sisters, Joanne Grego and Diane Jorgensen, brother and sister-in-law John Taylor and Carol Talkov, and nieces and nephews. Peggy was raised in Greenbelt, MD, as one of the first families to move into the now-historic town. She lived around the world and across the country while raising her family. She ultimately settled in Monterey, California, where she worked as an office manager for technology company Global Weather Dynamics and later for HC Properties in Morgan Hill, CA, until the age of 80. She enjoyed working, contributing her time and talents in support of the community, and walking her beloved dog Buddy (who predeceased her). She was an avid sports fan who loved the San Francisco Giants and was devoted to the Washington football team. When she finally retired in 2018, she moved to Chelan, Washington, and lived there until the time of her death. Peggy was a loving mother, grandmother and great-grandmother and delighted in keeping up with the lives and times of her entire family. She was deeply insightful and caring, with intellectual curiosities and hobbies that included the NY Times crossword every day. By active example she showed us how to appreciate life fully, and by quiet example she taught us how to be charitable and loving. She was patient, unassuming, and found happiness in simple things. A memorial will be held at a later date. She will eventually be interred at Arlington National Cemetery. Please visit the website of Precht Rose funeral home at www.prechtrose.com to leave memories and see photos. Services entrusted to Precht Rose Chapel, Chelan, WA. In lieu of flowers, donations may be made to the ChildFund Alliance at www.childfund.org, a favorite charity of Peggy’s whose aim since 1938 is to help children around the globe, such as Ukrainian and other refugees, stay healthy and safe.

The family of Margaret May "Peggy" Taylor Curtis created this Life Tributes page to make it easy to share your memories.