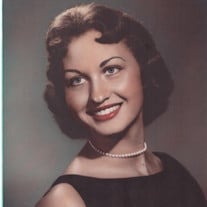 Joyce C. Shelton, 75, devoted wife, mother and grandmother of Chelan since 1976, went home on December 30, 2014, after a long, courageous and brave battle with Cancer. She was born June 1, 1939, in Kennewick, WA to Samuel Cleveland Lawrence and Ruth Sylvia (Beard) Lawrence. Joyce was the youngest of seven children, and loved very much. Joyce graduated from Selah High School in 1957; that same year, Joyce married her high school sweetheart, Gary Shelton. Shortly after marriage, Gary joined the U.S. Army, where they traveled as a married couple. In 1960, they found themselves living in California and, a short time later, they welcomed their first born, Michael. Shortly after, they made the voyage back to Washington State, where they were blessed with their second son, Matthew, which made their family complete. Anyone who knew Joyce, knew how much she loved her boys; they were her life’s treasures. With her being a homemaker, she was able to spend that precious time with her boys and to give back to her community that she loved. Joyce is survived by her two loving sons, Michael (Holly) and Matt (Christie) Shelton; her two sisters, Opal Shupe and Violet (Bob) Luseke; grandchildren, Cory (Crystal) and Beau (Courtney) Shelton; Becky (Allen) Strand, Sam (Derrick) Bridges, Lauren (Armand) Franzen, Justyn Corter, Angie Forrest, Laura (Todd) Schip, and Jenny Robelia; and several great-grandchildren. She was known to many of her grandchildren as “Grandma Great” because she was. We will love and miss her every day of our lives; she was the rock of our family! She was preceded in death by her parents; her husband; her daughter in-law, Karen; and four of her siblings.

Joyce C. Shelton, 75, devoted wife, mother and grandmother of Chelan since 1976, went home on December 30, 2014, after a long, courageous and brave battle with Cancer. She was born June 1, 1939, in Kennewick, WA to Samuel Cleveland Lawrence... View Obituary & Service Information

The family of Joyce Carolyn Shelton created this Life Tributes page to make it easy to share your memories.