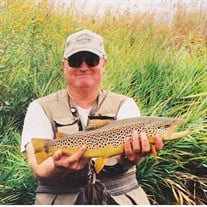 Joseph Lee Teague passed away peacefully, surrounded by family at home in Manson, Washington, on June 21, 2021. We are positive he was welcomed into heaven by his mother, father and so many good buddies. He is survived by his loving wife, Elona, of 49 years, his children Jarred (Heather), Stacia (Garret) and grandchildren Parker, Jaxon, Phinley and Declan. Joe was born June 6, 1949, to Eva and Odie Teague in Kansas City, Kansas. He was raised a hard-working farm boy in Crane, Missouri. His humble beginnings developed a character and strength that was unmatched. When Joe wasn’t working on the farm, he was playing basketball or baseball, the root of his perfect shooting form. Before graduating from Crane High School in 1971, a school counselor saw his potential and pushed him to seek a college education. That was a pivotal moment for Joe. He respected the farm and his family, but knew God had other plans for his future. He attended Neosho Junior College, and Southwest Missouri State University where he earned his BS in education, and finally his Master’s Degree in Counseling at Eastern Washington University. Along the way, he met the love of his life while working in Silver Dollar City, Elona. They got their start in Missouri, but their sites were set on returning to Washington. The two never shied away from adventure together. Upon returning to Washington, Joe applied his college education to a career as a lifelong educator and coach (basketball, football, softball, and baseball,) which led them to set roots in Manson, Washington. With his best friend, Tom Alexander, the Teague family purchased land and became orchardists. The Lucky 13 Orchard became a place where Joe passed on the lessons of hard work and grit to his children and grandchildren. While blood, sweat and tears were poured into the foundation of the orchard, countless memories of teaching his kids and grandkids to drive, hours spent working and building in the shop, UTV spins through the orchard and thousands of beautiful moments were made while simultaneously harvesting beautiful crops. Joe was committed to the youth in the Lake Chelan Valley, retiring as teacher, counselor, and coach from the Manson School District after 31 years as an educator. His work was never done though. He continued to support the Manson coaches and athletes, teaching defense, shooting form, half court hook shots and the true joy that comes from just playing the game. Joe lit up when it came to coaching until the very last breath (unless of course you let your man go baseline). In his personal life he loved hunting, golf, woodworking, spending time at the cabin and his wife’s homemade biscuits and gravy. The common denominator in all Joe’s passions was his family. He existed to spend time with his wife, kids and grandkids. Joe’s unconditional love for his family was unmatched. We have been promised God loves us like a Father loves his children; we imagine his love to be similar to how Papa Joe loves his family- with a childlike joy, full of hope for excellence, pride in every step of growth and never ever weary. As a community mourns the loss of their friend, mentor, coach, teacher, counselor, golf buddy, grandfather, husband, father, orchardist – his family is flooded with words of love, comfort, and encouragement. Joe had a positive impact on so many lives throughout his career as a teacher, counselor, and coach. His humble Missouri farm kid upbringing, translated to a man that knew the meaning of life was family and all those who walked into his presence felt that. He welcomed so many into this valley. He helped them find homes, start their careers as teachers, was a great wingman. He taught so much more than curriculum in a book. He taught us to hunt, hunt down our goals. Whether that was a big ol’ buck, a college education, 20 points in a game, a family; the trophy was ours to mount if we were willing to put in the work. He never preached, he modeled. Joe changed lives by living his life - leading with love. In his last days, Joe asked, “Why do we wait? Why don’t we tell people when we feel it, that we love and appreciate them?” As his family gathered at the end of his life, he asked them to promise. “When there is a glitch, promise you will stick together. Promise you will have each other’s backs.” We promise Joe. The Teague family would like to extend that challenge to each of you – our valley, our nation. Joe would be so honored to know that his life was lived and that his legacy lives on in the love we extend to our family, friends, neighbors, students, teammates, and complete strangers. The family would like to invite you to a celebration of Joe’s life on July 1, 2021 at 12pm. The ceremony will be held at the Manson High School gymnasium in Manson, Washington. Reception to follow.

Joseph Lee Teague passed away peacefully, surrounded by family at home in Manson, Washington, on June 21, 2021. We are positive he was welcomed into heaven by his mother, father and so many good buddies. He is survived by his loving wife, Elona,... View Obituary & Service Information

The family of Joseph L Teague created this Life Tributes page to make it easy to share your memories.