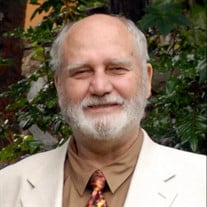 Jeffrey Lloyd Polley (Papa, Grandpa, Husband, Father and Friend) passed away unexpectedly on Thursday, October 4, 2018 at 70 years old. He was born January 27, 1948 in Wenatchee, Washington to Lloyd and Patricia Culver Polley of Chelan. As a child, Jeff and his brother, Scott, spent their days on the lake, in the hills and mountains of the valley. As boys and young men, they also devoted much time to exploring around their family cabin at Rex Creek. An accomplished athlete, Jeff played football, basketball, baseball and ran track as a proud GOAT. He graduated from Chelan High School in 1966. He attended college at Eastern Washington University where he was a member of the swim team. He received his degree in 1970 in Business Administration and was always a proud EWU Savage! Following college graduation, he married the love of his life, Barbara Ann Miller. They were married on June 14, 1970 in Wenatchee, WA. One month after their wedding, they shipped off to Puerto Rico for training in the Peace Corps. They were stationed in Costa Rica for two years. The hardest job you’ll ever love turned out to be an amazing and formative experience for Jeff and Barb. Jeff was recognized as a leader within the local Peace Corps community in Costa Rica. He helped in a small way to shape the future course of local commerce which in turn helped establish an environment where locals could create the Costa Rica of today. After their Peace Corps service, Jeff and Barb returned to central Washington, first living in Stehekin, and then settling in Chelan. He joined one of the first helicopter repelling teams and enjoyed the challenge of fighting fires. He and Barb built their family home in Union Valley and planted an apple orchard, later growing pears as well. Jeff truly enjoyed being on the land. Their boys, Ryan and Coron, grew up in Chelan where Jeff was able to continue the tradition of exploring the hills and mountains around the Chelan Valley. Jeff taught his entire family about the flora and fauna, the geology, the wildlife, and more than anything how to safely enjoy adventures in the wilderness. He spent time teaching his boys to climb mountains, ski, catch trout, handle a firearm and navigate the local waterways. Jeff spent time in his later years enjoying their cabin at Rex Creek, near the upper end of Lake Chelan. Jeff was active in his community as a member of the United Methodist Church, the Chelan Museum, and various other local organizations. He cared deeply about the valley and the community of Chelan. He always had a story to tell and a joke that could be told in any setting. Though Jeff was always a proud owner of guns, he was also an advocate for peace on the planet. He was an accomplished carpenter, fruit grower, and fisherman. As he aged, he took on many hobbies including building small boats, many of which he would row on Lake Chelan. He had an eclectic passion for all types of music and literature, was an avid reader and had a thirst for learning throughout his life. In June 2018, Jeff and Barb celebrated their 48th wedding anniversary. Jeff is survived by his wife, Barbara Ann Polley of Chelan; son Ryan, his wife, Su and sons Declan and Kiran of San Carlos CA; son Coron, his wife, Jennifer and daughters Ella and Celia of Chelan; uncle and aunt, Duane and Lillian Polley of Chelan. He is also survived by his good friend and brother Scott Polley of Chelan. Also very important to him were many nieces, nephews, cousins, and friends. A Celebration of Life will be held at the Lake Chelan United Methodist Church on Saturday October 13th at 11 AM. In lieu of flowers please consider a donation in Jeff’s name to the Lake Chelan Historical Society (PO Box 1948, Chelan, WA 98816) or the United Methodist Church (PO Box 1236, Chelan WA 98816).

The family of Jeffrey Lloyd Polley created this Life Tributes page to make it easy to share your memories.