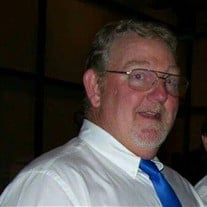 It is with great shock and sadness, that we announce the passing of Jeffrey Dean Bailey on December 6, 2017. Jeff was born to Clayton and Elaine Bailey in San Bernardino California on June 6, 1967. In 1977, his family made the move to Brewster, Washington where he graduated from high school in 1986. Immediately upon his graduation he joined the United States Navy and spent 9 years serving our country. He was an Honor’s Graduate of Gunner’s Class A School in 1987. Jeff received a National Defense Medal, Sea Service Deployment Ribbon, Armed Forces Expeditionary Medal, Second Good Conduct Award, Navy Battle E Award and Expert Pistol Shot Medal. Jeff worked as a Gunner’s mate and in Law Enforcement while serving the Navy. Jeff served on the guided missile destroyer, USS Henry B Wilson DDG-7 and after it was decommissioned in 1989, served on board the Ticonderoga-class guided missile cruiser USS Vincennes CG-49. He was honorably discharged as a Class C Gunner’s mate in 1994, and began work in law enforcement. He later became a Journeyman Electrician with the BNSF Railway where he was employed at the time of his death. Jeff is survived by his wife Marta Bailey of Golden Valley, Arizona where he had made his home for the last 19 years. He leaves behind his daughter, Jacquelyn (Nick) Randell, of Spokane Washington. Jeff wholeheartedly and with great love claimed as his very own Marta’s children Danielle (Mike) Ziegenmeyer, Stephanie (Michael) Layton and Wesley Bailey all of Kingman Arizona. He adored his six grandchildren, who lovingly called him, “Grumpy Bear”. Jeff will be dearly missed by each of them, Annabel Randell, Natashia, Jolene, and Amy Ziegenmeyer, Zaileigh Larsen, and Michael (Junior) Layton. He leaves behind his devoted father, Clayton Bailey and sister, Tracey (Scott) Reagles of Brewster Washington. He was preceded in death by his mother, Elaine Bailey and granddaughter, Charlotte Randell. Jeffrey loved the desert and everything he could use to stir up dust and sand on it. From the time he was old enough to swing a leg over a mini bike he could not be stopped. He loved motorsports of all kinds and spent countless hours listening to music, tinkering on a cherished jeep, motorcycle or sandrail. He was fondly called the “Sandslinger” by many of his friends. The deserts in Arizona will never be the same without him.

It is with great shock and sadness, that we announce the passing of Jeffrey Dean Bailey on December 6, 2017. Jeff was born to Clayton and Elaine Bailey in San Bernardino California on June 6, 1967. In 1977, his family made the move to Brewster,... View Obituary & Service Information

The family of Jeffrey Dean Bailey created this Life Tributes page to make it easy to share your memories.

It is with great shock and sadness, that we announce the passing...