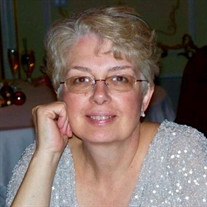 Janet Louise Pierson (Bryant) born December 7, 1949 in Brewster, WA to Calvin and Verna Bryant (Robbins) where she lived on Starr Ranch until moving to the town of Pateros, entered into eternal peace and joined her forever love on October 21st, 2016 at her home with her family by her side. Janet attended Pateros High School where she graduated in 1968. After graduating from high school, she attended Wenatchee Valley College for a few years where she then found her dearest Walter Pierson. Janet and Walt were married June 17, 1972 in Pateros, WA. They moved to British Columbia so Walter Gerold could become a district extension agent and also started farming. They later moved to Lethbridge, Alberta where in 1974 they welcomed their son Patrick Charles. After leaving Canada they moved to St John, WA where they welcomed their first daughter Jodi Lynn born in Colfax. Later that year Janet and Walt moved to Chelan where they found their hometown. In 1981 Brandi Rae was born and they established Pierson’s Pride. In 1983 Jami Rene’ was born and their family was complete. Jan began working for the Chelan School district in 1994 as a Para Educator where she found many lifetime friends. She loved working with the kids at where she retired in 2008. She enjoyed watching her Seahawks and Cougars. Jan became a first time Grandmother (Gigi) in 2011 to Avalee Jolene Coalter, since then she’s had one grandson, Hudson James Phair in 2012, two more granddaughters, Paisley Reagan Escobar in 2013, Roselyn Tess Coalter in 2015 and another grandson arriving in November of 2016. Being a wife, mother and grandmother were the biggest love and joys of her life, she loved them to the moon and back. She is survived by her son Patrick (Danielle) Pierson, daughters, Jodi Pierson, Brandi (Walter) Escobar, and Jami (Scott) Coalter. She is also survived by her adored grandchildren, brother Jerry Bryant, sister June Howard as well other close family members. She was preceded in death by her husband Walter Pierson. In lieu of flowers, memorials may be made to the Walt Pierson Memorial FFA Scholarship fund at Wells Fargo Bank. A celebration of life service will be held October 28,2016 at 6:00 pm in the Performing Art Center located at Chelan High School.

Janet Louise Pierson (Bryant) born December 7, 1949 in Brewster, WA to Calvin and Verna Bryant (Robbins) where she lived on Starr Ranch until moving to the town of Pateros, entered into eternal peace and joined her forever love on October 21st,... View Obituary & Service Information

The family of Janet Louise Pierson created this Life Tributes page to make it easy to share your memories.