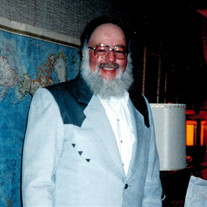 James William “Bill” Windle passed quietly at home on February 6, 2018 at 78 years of age. He passed the way he lived--on his own terms. Bill was born in 1939 in Brewster to Fay and Jeanne Windle of Methow. Bill attended school in Pateros and graduated from Pateros High School in 1958. Shortly after graduation, he enlisted in the US Marine Corp where he served four years and received his mechanics training. Bill married Yvonne Foster and upon completing his military service, they made their home in Brewster. Bill started his mechanics career working for Goehry’s car dealership. He eventually partnered with Bill Nelson and opened the Phillips 66 Service Station on Main Street. Bill and Yvonne had two children, a daughter Cindy and son Tony. After a number of years, Bill and Yvonne went their separate ways and Bill sold the service station. Bill was later married to Carol Washburn. Eventually, they went their separate ways as well. He had many jobs over the years. Bill worked in the Gebbers Farms mechanics shop initially and then drove truck for the company. He also worked for Petty Ray Geophysical/Haliburton as a diesel mechanic traveling the US with their sounding operation. He drove semi for Mumma Trucking and was a machinist for Greg Kemp until his retirement. However, he never truly retired. He was always helping someone whether it was driving truck during wheat harvest, or helping somebody in the driveway with car issues. His skills were highly valued by many people. Bill’s desire to always learn led him to many hobbies. During his younger years, he learned to fly small planes and was a member of the Brewster Civil Air Patrol. Bill always had a great passion for guns and was an avid trapshooter, traveling and competing in the sport for many years. He became quite involved in gunsmithing over his lifetime as well. During his retirement years, Bill developed an interest in photography and spent a lot of time taking pictures around our area and trying to perfect his skill. He was never content to do things halfway. Bill also enjoyed woodcutting. He was a member of Kingdom Hall and liked keeping some of the senior members supplied with firewood while he was able. Bill lived a life of service and became a valued and appreciated member of the community. Bill was preceded in death by his parents and one grandson, Logan Miller. He is survived by his sister, Mae Thomas of Pleasant Valley, his brother, Abe Windle of Okanogan, his children Cindy (Rick) Miller of Malott, son Tony Windle of Brewster, former stepdaughter Ginger Abel, three nieces, one nephew, 5 grandchildren, and one great grandchild. Bill also leaves behind a great long-time friend, Steve Cox of Brewster, who has been a vital help to Bill and his family for the past few years. His service is planned for March 17 at 1:00 at the Methow Cemetery.

James William &#8220;Bill&#8221; Windle passed quietly at home on February 6, 2018 at 78 years of age. He passed the way he lived--on his own terms. Bill was born in 1939 in Brewster to Fay and Jeanne Windle of Methow. Bill attended school... View Obituary & Service Information

The family of James William "Bill" Windle created this Life Tributes page to make it easy to share your memories.