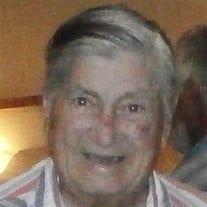 Ikey Wayne Baker age 77 of Entiat, WA died on July 13, 2014. He was born on February 17, 1937 in Atoka, Oklahoma, to his parents Willie & Fay (Couch) Baker. He was the fifth oldest of 15 children. His parents moved him and his siblings to... View Obituary & Service Information

The family of Icky Wayne Baker created this Life Tributes page to make it easy to share your memories.