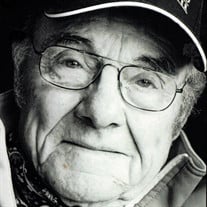 Howard Huston Asmussen, 86 years old, peacefully passed away November 13, 2020 at his home in Pateros, Washington, with family and friends by his side. Howard was born June 14, 1934 at the family ranch in Mansfield, WA to Roy and Ida (Gallaher) Asmussen. He was the youngest of 4 children. He was a 12-year senior of Mansfield high school, graduating in 1952. Active in sports, he graduated with a full ride scholarship to Texas A&M to play football. As life often does, plans changed with the loss of his father and brother in a plane crash, the same year, and he took over the family ranch to build it to a successful multi-generational ranch. On November 15, 1953 he married the love of his life Marilyn Lee Schneider, in Omak, Washington. They started their life at the family ranch in Mansfield, WA. They welcomed three children to their lives; Jeanette, Lana and Arnold. Over the years, Howard had many business ventures, from driving a truck to make ends meet to many successful ranches throughout the Pacific Northwest. One of his business ventures included building a Convivence Store and Restaurant with Marilyn and Arnold. Later a Hotel would be built that was the dream of his late son Arnold. In all his business enterprises, Howard was known as a man of his word. Howard appreciated a hard day’s work from himself and those around him. He was the first one up in the morning and the last to go to bed. You could find him first thing in the morning in his office conducting business. He would ride or work cattle all day and then in the evenings he would attend meetings necessary to champion the cattle industry. Howard was a respected and discerning cattleman, and he produced some of the finest quality Black Angus cattle in the West. He prided himself in his annual Bull Sale where people would come from all over to be entertained and purchase high quality breeding stock. As much as Howard appreciated cattle, he had a love for horses that stemmed from a young age. As a child he would play with his ponies teaching them tricks and spending hours riding them up and down the hill behind the house. Howard and Marilyn both had a love for racehorses and they ran horses all over the northwest. Their horses were forces to be reckoned with from the county fair tracks in Ferry, Okanogan and Douglas counties, to larger tacks like Playfair, Yakima Meadows, The Interior British Columbia Circuit and Longacres. Never one to let moss grow under his feet, Howard traveled all over the world. In the beginning it was to keep the business growing. In his later years he traveled for fun and leisure always in his own Howard style. Howard is survived by Daughter Jeanette (Skip) Palmer of Pateros, Daughter in Law Judy Asmussen-Brown of Bridgeport, Grandsons, Ryan Palmer of Bellingham, Levi (Christy) Asmussen at the family ranch in Mansfield, J.J. (Terry) Palmer of Pateros. Granddaughters Dione (Brad) Asmussen of Brewster, Rashel Asmussen of Bellingham, Debby (Mike) Moore of Las Vegas, NV. Greatgrandchildren, Jackson, Taya, and Stetson Asmussen of Mansfield, Levi Zabreznik of Brewster, Edward Palmer of Bellingham and lifelong friends too numerous to count all over the world. Howard is proceeded in death by his parents Roy and Ida Asmussen; Brothers David and Arnold; Sister Genevieve Diksen, Daughter Lana Lee Arthurs, Son Arnold Howard Asmussen, grandson Matthew Roy Asmussen, His beloved Wife of 62 years Marilyn Asmussen, close friend Sharon Kelm and many good friends. Funeral Services will be Saturday, November 21, 2020 at 1p.m. at the Mansfield United Protestant Church in Mansfield, WA with Pastor Ric Bayless officiating. The services will be live- streamed on the church Facebook page and YouTube Channel for those that can’t attend in person. Burial in Mansfield Cemetery to follow service. Visitation will be Friday, November 20, 2020 from 4pm - 8pm at Barnes Funeral home in Brewster, Washington. HERE'S THE ADDRESS TO STREAM THE SERVICE. https://m.youtube.com/channel/UCqJBd7HtfHdj0WrJpndky4A

Howard Huston Asmussen, 86 years old, peacefully passed away November 13, 2020 at his home in Pateros, Washington, with family and friends by his side. Howard was born June 14, 1934 at the family ranch in Mansfield, WA to Roy and Ida (Gallaher)... View Obituary & Service Information

The family of Howard Huston Asmussen created this Life Tributes page to make it easy to share your memories.