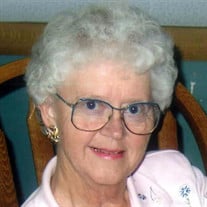 Helen Ann Zahn, age 91, died on September 28, 2020 at her home in Methow. She was born on October 5, 1928 in East Omak, Washington. Her parents were both immigrants from Norway, Ole and Caroline Skylstad. During the Depression years the Skystad's grew or traded for most of their food, and they planted some apple trees to start an orchard. Helen learned the skills of managing a kitchen from her mother: cooking, canning, baking, and sewing, and also worked in the family garden. She went to high school in Pateros and in 1946, the same year she graduated, she was chosen "Miss Methow" to ride on a float in the Wenatchee Apple Blossom Festival. In the fall of 1946 Helen started taking classes at Wenatchee Valley College. She also started dating Douglas Zahn, a young man who had served in the US Army in the Pacific Theater during World War II and was preparing to start college at Washington State College in Pullman. Helen had known Doug as a fellow student at the Gold Creek School, and they particularly enjoyed dancing. They were engaged in early 1947, and Helen transferred to Washington State College to work on a home economics degree and to be near Doug. They were married on December 28, 1947. The Zahn's lived in Pullman where Doug completed his degree in agriculture in 1950. That same spring Doug and Helen had their first child, a daughter, Karen Ann. After Doug got his master's degree in agriculture in 1951, the Zahn's moved back to the Methow, buying a house just south of the town of Methow. They had a son, Forrest Eric in 1951, and another son, Dale Arthur in 1953. Their last child, Shirley Marie was born in 1956. In addition to taking care of the household, Helen started operating a fruit stand next to their house in 1954. That first year she worked with her high school friend, Ailsa Luft and Helen's cheery personality made "Apples at Helen's" a successful venture which lasted for two decades. Helen was an excellent cook and enjoyed preparing meals for family, friends, potlucks, fundraisers, pinochle parties, weddings and funerals, to help neighbors in need, or anyone who dropped by around mealtime. She raised a large vegetable garden which provided through the year. Most summers she and her children canned hundreds of quarts of fruits and many bags of frozen vegetables. She was born in the Roaring Twenties, lived through the Great Depression of the 1930's, knew the frugal years of World War II, witnessed the great flood of 1948 and other severe floods, and watched uncountable forest fires from her home by the Methow River. She cheered for her children at school football, basketball, tennis, volleyball, and softball activities, packed lunches and bags for family ski trips in winter and hikes into the Cascade Mountains in summer. Helen had a bubbly personality which endeared her to others. She was quick with a joke, strong in her convictions, hardworking, capable of meeting daily challenges, generous and loving, and she was loved. She was proficient with a sewing machine, mixing bowl, garden hoe, and oven. Those who were close to her remember her raspberry pies, meat and potato meals, and cookies. She shared the history from the lower Methow; families, farm issues, disasters, and festivals. She loved the music of Jim Reeves, the philosophies of Paul Harvey, and television game shows. She enjoyed watching wild animals and birds from her window, playing bingo, and especially being with her grandchildren and great-grandchildren. She will be forever missed. Helen is survived by her four children, Karen, Eric, Dale, and Shirley, a foster son Don; seven grandchildren, Erica, Sara, Brandon, Christopher, Dustin, Jeffery, Blake; three foster grandchildren, Elliot, Dane, and Stewart Roberts, and twelve great-grandchildren. Helen was preceded in death by her husband Douglas, grandson Bard, and brothers Clarence and Melvin. Memorials can be made in Helen’s name to Washington Apple Education Foundation at 2900 Euclid Ave, Wenatchee, WA 98801 or at www.waef.org. Thoughts and memories can be shared with the family at www.barneschapel.com.

Helen Ann Zahn, age 91, died on September 28, 2020 at her home in Methow. She was born on October 5, 1928 in East Omak, Washington. Her parents were both immigrants from Norway, Ole and Caroline Skylstad. During the Depression years the Skystad's... View Obituary & Service Information

The family of Helen Ann Zahn created this Life Tributes page to make it easy to share your memories.