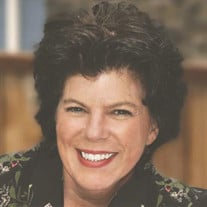 Heidi was born on Dec 30, 1958 to Dan and Lucille Miller in Seattle, Washington She was raised in Edmonds, Hawaii, and Lake Chelan, where her family were pioneers. Heidi graduated from Chelan High school and traveled the world with the Semester at Sea program in 1979. She Married Mark Kollmeyer in 1980 and moved to Ellensburg, Washington where Heidi achieved her BS in Business Administration and Accounting with a minor in Art at Central Washington University. They began to raise their two sons, Kit and Ben in Ellensburg, but felt the need to move back to Chelan so the boys could experience growing up in the same environment that their mother had. Heidi was a registered professional finance officer in the State of Washington. She became the finance director for the City of Chelan and was the first woman department head in the history of the city. After 15 years of guiding the city’s finances, she was stricken with illness that ended her career. She battled disability and cancer while being a productive, creative artist, with many fabric art and quilting awards and showings. Through adversity she was optimistic, willful, courageous and had a never ending desire to achieve and learn. These were traits that she passed on to her sons. She was preceded in death by her father, Daniel F. Miller, architect, taken before his time. She is survived by her mother Lucille M. Winther, husband Mark S. Kollmeyer, their two sons Kit and Ben Kollmeyer, their wives Samantha and Kari Kollmeyer, two grandsons and one granddaughter on the way, as well as Heidi’s brothers and sisters: Mike Miller, Jim Miller, Susan Adams, Rebecca Abenroth, Carol Evenson, their spouses, children, and grandchildren. Heidi’s family will have a private graveside service on Friday, July 15th. There will be an open memorial gathering for family and friends that wish to say goodbye and visit with her surviving family at Goosetail Orchards, planted by her Grandfather and Father and owned and operated by her brother Mike and his wife Alice Miller. 311 Stayman Flats Rd, Saturday July 16th at 2:00 PM.

Heidi was born on Dec 30, 1958 to Dan and Lucille Miller in Seattle, Washington She was raised in Edmonds, Hawaii, and Lake Chelan, where her family were pioneers. Heidi graduated from Chelan High school and traveled the world with the Semester... View Obituary & Service Information

The family of Heidi Lou Kollmeyer created this Life Tributes page to make it easy to share your memories.