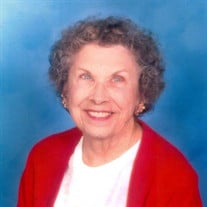 Dorothy was born in Lockport, Illinois, a small town less than 30 miles SW of downtown Chicago. She grew up with five other siblings, three brothers and two sisters. Her first husband also grew up nearby and they met while in high school.... View Obituary & Service Information

The family of Dorothy Marie Kline created this Life Tributes page to make it easy to share your memories.

Dorothy was born in Lockport, Illinois, a small town less than...