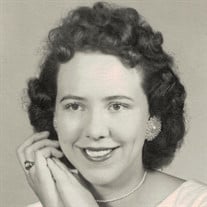 DeAnnis Pearl Schulz DeAnnis Pearl Schulz “Dee”, 76, Twisp went to be with Her Lord and Savior on October 15, 2016, after a long battle of Parkinson. She was surrounded by her Husband and Family. Dee was born on March 16, 1940 in LAS Angles, California to Gordon and Annis Shaw. Her Family moved serval times before settling in Frederick, Oklahoma where she lived and Graduated from High School in 1958. She met Dave Schulz and they were married July 11, 1959 at the First Baptist Church, Frederick Oklahoma by Uncle Jo Hoyle. They made their first home in Altus, Oklahoma while Dave was in the Air Force. In 1960 Dave and Dee moved to Washington in a little town called Twisp and this is where they raised their 4 children. 1 son, David JR and 3 daughters: Denise, Debby and Deana. Dave and Dee purchased in 1960 an Orchard and a small pink house on the old Twisp road and later bought the only Apple Orchard in down town Twisp. In 1973 they purchased the Idle-A-While Motel where you would always find Dee running the place. She took proud in how she ran the office. She lived there until they sold the Motel in 1987 and built a home in the middle of the Orchard down on Schulz Lane behind Hanks Market... She always took the time to support each of her children in whatever they did. You would always find her at every sporting event that her children participated in. She was the girls’ basketball book keeper for 7 years until her youngest daughter graduated in 1987. She was also a member of the Calvary Baptist Church, which is now named Cascade Bible, since 1960. Dee was a loving wife, an amazing mother a grandmother and a friend to all. She always had a smile on her face no matter what the situation was and Even through all her health problems her smile never faded and she well be missed so dearly. DeAnnis is preceded in death by her father Gordon Shaw, Her mother Annis Hoyle, her step dad Verl Hoyle, A Brother Donnie Shaw, a Son-in-Law Gary Lee Knowlton, A nephew Mathew Shaw, a granddaughter Emily DeeAnnis Schulz and numerous Aunts and Uncles. She is survived by her husband Dave Schulz of Twisp, her son David JR of Twisp, and his children Nicolas, Jesse and Alexis Schulz, her oldest daughter Denise of Omak, Her middle daughter Debby and her husband Dan of Spokane and their children April, Justin and Jarred Smith of Spokane and her youngest daughter Deana and her children Kari and Krysta Knowlton of Brewster, Her oldest brother Bob and Elizabeth of McAllister, Oklahoma, A Sister in Law Kathy Shaw of Fife and daughter Michelle. Viewing for Dee will be Thursday, October 27, from 5:00 PM to 7:00 PM at Cascade Bible Church in Twisp. There will be a gravesite October 28th, 2016 at 11:00 at the Beaver Creek Cemetery and a Memorial Service will be at 1:00 at the Cascade Bible Church. Please feel free to leave any thoughts and memories for the family at www.barneschapel.com. Funeral arrangements are under the direction of Barnes Chapel of Brewster.

The family of DeAnnis Pearl Schulz created this Life Tributes page to make it easy to share your memories.