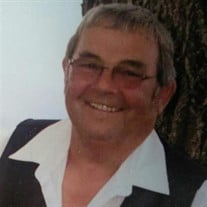 Clayton was ushered into heaven on October 9th, 2019. What a celebration it must have been to see his Savior Jesus, and the love of his life Elaine on her birthday. Clayton was born on September 21, 1942 in Twisp, Washington to Wilber and Laurel Bailey. He leaves behind his daughter, Tracey Reagles (Scott) and daughter in law Marta Bailey. Clayton was lovingly known as Bumpa. He will be dearly missed by his grandchildren; Jacquelyn (Nick) Randell, Tyler (Miryia) Reagles, Anthony Reagles, Serene Hunt, Victoria Reagles, Danielle (Mike) Ziegenmeyer, Stephanie Layton (Michael), Wesley Bailey and his great grandchildren; Berkley Reagles, Annabel Randell, Natashia, Jolene and Amy Ziegenmeyer, and Zaileigh, Michael Layton Jr. and Beau Bailey. Bumpa awaits a reunion with his surviving sister, Cheryl Smith. Clayton was preceded in death by his wife, Elaine Bailey, his parents, 3 siblings, his cherished son, Jeffrey Bailey and great granddaughter Charlotte Randell. Clayton graduated from Twisp High School in 1960. He enlisted in the Navy and came home on leave after basic training to marry his high school sweetheart, Elaine Nilles. They made their home in California and after his honorable discharge Clayton worked for Triangle Concrete. They moved back to Washington in 1977, settling in Brewster where Clayton farmed a small orchard. He later went to work at Godbey Red E Mix driving a sand and gravel truck for many years until his retirement. He and the love of his life, Elaine, spent many winters in Arizona escaping the cold winters of Washington. Bumpa faithfully and lovingly cherished his friends and family. If you were one of his, you were blessed. He was a walking wealth of knowledge, always eager to help find solutions. If you needed information on anything, especially something mechanical, he knew how to fix it. And if by some strange reason he didn’t, he would do some research and get back with you right away with a suggestion. Bumpa loved his flowers and his garden... He was the best story teller….. He was so funny…..and so ornery…..Bumpa loved his golf cart… He was the best listener, the best supporter…. He had a smile ready for everyone…..Clayton was never too busy to stop and visit with you…. He gave the best hugs…. He will be missed so much….. For those he left behind, it feels like he was taken too soon…..but he struggles no more!

Clayton was ushered into heaven on October 9th, 2019. What a celebration it must have been to see his Savior Jesus, and the love of his life Elaine on her birthday. Clayton was born on September 21, 1942 in Twisp, Washington to Wilber and Laurel... View Obituary & Service Information

The family of Clayton D Bailey created this Life Tributes page to make it easy to share your memories.