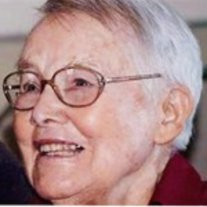 Kathleen (Chick) Pryor Chick Pryor, 90, of Pateros, WA entered into rest with grace and dignity at her home on December 13, 2013 with her family at her side. Chick was born Kathleen Mary Pryor to Michael Anthony Pryor and Sarah Evelyn (Ervin) Pryor April 28, 1923 in Butte, MT, the first of four girls. Her father nicknamed her Chickadee which was shortened to Chick and remained with her all her life. At 6 years old, her father passed away. Her mother and the four little girls moved back home to Pateros, WA. Chick attended Pateros schools, graduating as valedictorian in 1941. She then attended Central Washington University to pursue studies in science and chemistry, transferring to University of Washington where she earned a Bachelor of Science in Chemistry. Chick joined the US Navy in 1945 and was stationed at Bethesda Medical Center. After the war, she returned to her beloved Methow Valley and purchased a store in Pateros. She and her mother ran the store. Chick then returned to CWU to earn a teaching degree. Chick taught school in Brewster for 4 years. She was awarded National Science Foundation scholarships allowing her to attend the University of Michigan and Oregon State University where she earned a Master of Chemistry and Science degree in 1958. The next 10 years she taught in Seattle area high schools, where she received several awards. While going to school and teaching at schools, she spent her summers and spare time developing her property at Hurricane Canyon in the Methow Valley. January 1, 1969 she joined with Phyllis and Peggy Gazette to buy another orchard in the Methow Valley called The Golden Lode. The same day they bought the orchard it froze in a winter storm, killing most of the trees. Chick went back to teaching, this time in Edmonds for another four years while re-planting the land. Finally she was able to come back to the Methow/Pateros area to stay. In the early 80’s, she added horses to her ranch, raising, training and showing Peruvian Pasos throughout the Northwest and Canada. Chick was selected orchardist of the year and was featured on the cover of the Good Fruit Growers magazine, astride her beloved horse, Maduro. Chick sold her ranch and moved to Pateros in 2005. Not ready for full retirement, over the next 6 years she volunteered at Pateros Schools, teaching reading to third grade students. Chick is preceded in death by her parents; her partner, Phyllis Gazette; sisters, Evelyn (Butch) Stennes and Edna Sollender; and niece, MaryAnn Sollender. She is survived by her sister and brother-in-law, Janis and Tex Troutman; brother-in-law, Burt Stennes; nephews Eric and Michael Stennes, Wade Troutman, and Matthew Sollender; nieces, Terry Kinzel, Shanon Maitland and Tammy Mauk; and numerous great and great-great nephews and nieces. A celebration of her life will be held at the Pateros High School Gymnasium, from 1:00-3:00 p.m. Saturday, December 21, 2013. Memorials can be made in Chick’s name to Pateros Scholars (Advisory Committee), P.O. Box 2184, Pateros, WA 98846.

Kathleen (Chick) Pryor Chick Pryor, 90, of Pateros, WA entered into rest with grace and dignity at her home on December 13, 2013 with her family at her side. Chick was born Kathleen Mary Pryor to Michael Anthony Pryor and Sarah Evelyn (Ervin)... View Obituary & Service Information

The family of Chick (Kathleen Mary) Pryor created this Life Tributes page to make it easy to share your memories.