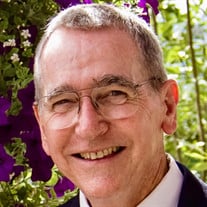 Charles Franklin James, age 81, passed away on September 20, 2019, in Wenatchee. He was born on July 19, 1938 in Seattle, Washington to Burr and Marie James. Known as Chuck to friends and family, he graduated from Monterey High School in Lubbock Texas in 1956. It was in Lubbock where he met the love of his life, Marsha Ann Davis. After she graduated from high school, the couple married in 1958 and moved to Seattle, Washington, where Chuck attended the University of Washington, graduating from the School of Medicine in 1963. While in college, Chuck joined the ROTC. After graduation, he served in the US Army, moving with his growing family to several bases, including Fort Sam Houston in Texas, Fort Dix, New Jersey, and Dugway Proving Grounds in Utah. Completing his military service in 1970, Chuck and Marsha and their five children (Debbie, Laura, Susan, Mike, and Linda), settled in Chelan, Washington, where Chuck joined a local practice at the Lake Chelan Clinic, with Dr. Beall and Dr. Fisher. Over the years, he was part of the foundation of family medicine in the Chelan Valley, including helping to open the current Lake Chelan Community Hospital, initial work on the bond for the new hospital, and helping to guide a major remodel of the Lake Chelan Clinic. His continuing service to the health of the people in the valley included working as a hospice volunteer and serving on the hospital board for several year after his retirement. Whether it was a patient or colleague, Chuck always had time to listen, to care, and to help in whatever way he could. Family was central to Chuck and Marsha. As busy as his work life was, he always found time to play in the snow or scoop out a Halloween pumpkin with his kids. Many evenings wound down with dad pulling out his guitar to play a few classic favorites. He shared his love of the outdoors with the family, teaching his kids to snow and water ski, and taking the family on camping trips uplake. There were also many family visits with extended family, both in Chelan and around the country. The James Gang became adept at road trips, including picking up their father’s ability to read in the car. Until the end of his life, Chuck was an avid reader, sharing books and authors with his kids. Chuck and Marsha also carved out time to be with each other, including local surprise trips to celebrate their anniversary and extended vacations to Maui and Palm Springs. The couple celebrated 50 years of marriage in 2008, although they counted their time together as beginning in 1956, when they first met. Chuck was a devoted member of St. Francis de Sales Catholic Church for almost 50 years. Not long after joining the parish, he began a guitar choir to bring joyful music to the liturgy with fellow church members who became lifelong friends. Chuck and Marsha also taught catechism classes for many years. His church community remained a key part of his life over the years. His was inspired by the love and service of those around him, and his beautiful and loving spirit will remain as part of St. Francis, and the community of Lake Chelan always. Charles is survived by his children Debbie Allen of Spokane, Laura Davis (Jeff) of Mt. Vernon, Susan James of Mercer Island, Mike James of Chelan, Linda Nelson (Kevin) of Woodinville, brother Bill James (Joyce) of Lincoln, California; brother Bob James (Carol) of Tulsa, Oklahoma; sister Kathy Canclini (Mitch) of Aurora, Colorado; sister-in-law Rosemary James of Seattle and sister-in-law Nancy Flower of Powhatan, Virginia, and nine grandchildren. He was preceded in death by his wife of 58 years, Marsha, brother Richard James, Seattle, and daughter-in-law Marci James. A funeral mass will be conducted at St. Francis de Sales in Chelan at 1pm on Friday, October 11, followed by a reception in the church hall. Chuck’s favorite color was yellow; we invite everyone to wear a bit of yellow to his service to celebrate his sunny, joyful spirit. In lieu of flowers, please consider making a donation to the Parkinson’s Foundation, or a charity of your choice.

Charles Franklin James, age 81, passed away on September 20, 2019, in Wenatchee. He was born on July 19, 1938 in Seattle, Washington to Burr and Marie James. Known as Chuck to friends and family, he graduated from Monterey High School in Lubbock... View Obituary & Service Information

The family of Dr. Charles F James MD created this Life Tributes page to make it easy to share your memories.