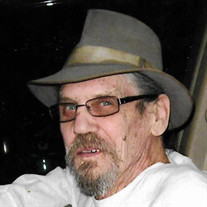 We find it necessary to limit viewing to one person at a time at Barnes Chapel. Also, the Graveside is family only due to the virus situation. We are truly sorry for the inconvenience. Charlie passed away peacefully in Grand Coulee, Washington, with his daughters by his side on Saturday, March 7, 2020. He is survived by his children, Allan Brown, Susan Korns, Charles A. Brown and Noraleen Pearl Brown (Horsefeathers), all residing in the Olympia, WA area. There, he also has 4 grandchildren and 8 great grandchildren. He was born February 18, 1942 to Delbert and Elsie Elnora Brown who preceded him in death. Sadly, his mother and baby brother Delbert John, perished in a house fire in 1952 when Charlie was 10. His sister Marilyn received severe burns from that fire. Charlie carried her around until her feet healed. After the fire, his late grand-parents Charles Arthur and Pearl Brown (Nanny & Pappy) raised him with his brothers and sisters. Charlie was oldest and is also survived by Sandra Fitzhugh, Spokane, WA, Elroy (Alice) Brown, Prescott Valley, AZ, David (Julie) Brown, Spokane WA, and Marilyn (Steve) Keffeler, Electric City, WA. Charlie’s father married Wanda Decker in 1957, who became Charlie’s Mom. Charlie is also survived by his youngest brother Milton (Jolaine) Brown, of Yelm, WA. Charlie’s father passed away in 1965 and he lost his other Mom, Wanda in 1992. He married his children’s mother Michele (Mickie) Stallwood in December 1967. She passed away, August 2017 from a battle with cancer. After he separated from Mickie, he married Beverly Nelson of Fresno, CA in 1982. He is survived by her and her daughter, Barbara and 3 grandchildren. Charlie has many nieces, nephews, cousins, family and friends who are missing him already. Charlie’s dad was a carpenter and instead, Charlie decided to go out and become an ironworker at a young age. He worked on many structures in many states and it’s nice that he shared these stories and we know some of the structures he worked on. He worked on the Space Needle and a roller coaster in Las Vegas. Besides Washington, where he was born, raised and retired, he worked in Oregon, California, Arizona, Nevada, Colorado, Illinois, North Dakota, Alaska, and he didn’t like being surrounded by water in Hawaii, so that didn’t last long. He traveled to where the jobs were happening. Sometimes his family followed him around and sometimes they didn’t. He chose to retire in Grand Coulee/Electric City in 2004. Over with his sister little. Marilyn has a special place in Charlie’s heart. Always has. So does her husband Steve. Charlie loved his family. He had many friends. Charlie was a true to heart cowboy. Belt buckles, cowboy boots, cowboy hats, country music and dancing were some of the things he treasured. He was the best dancer and looked great when he “spiffied up”. Like his mom, he loved John Wayne and old western anything. Willie, Waylon and the boys, Hank Williams, Johnny Cash and cows. He loved cows. And dragons. And Cadillacs. He loved his boots and he had a bunch of rodeo stories and was a great B.S’er. He was a people magnet. There were always stores about the “big job”. He made many friends throughout the travels he kept over time. There are many sad hearts with his passing. There are many who cared and loved him. We love you Charlie Brown. A memorial is scheduled Friday, March 27, 2020. Changes are being made to the original Service plan. Keep up to date and view the Barnes Chapel website in Brewster Washington. The website www.prechtrose.com to view and share stories.

We find it necessary to limit viewing to one person at a time at Barnes Chapel. Also, the Graveside is family only due to the virus situation. We are truly sorry for the inconvenience. Charlie passed away peacefully in Grand Coulee, Washington,... View Obituary & Service Information

The family of Charles M Brown created this Life Tributes page to make it easy to share your memories.

We find it necessary to limit viewing to one person at a time...