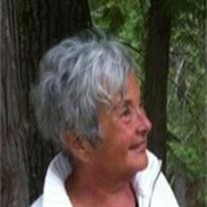 Carole Ross Cooper Harris, 70, passed away peacefully at her home in the presence of her family on Wednesday, January 16, 2013 in Chelan, Washington. She was born on July 27, 1942 in Rochester, New York to Floyd and Virginia (Ross) Cooper, their only child. Carole grew up in Rochester and graduated from Monroe High School in 1960. She then attended Wheelock College in Boston, Massachusetts, where she received a bachelor’s degree in education. Carole met Robert M. Harris while he was attending Harvard Business School in Boston, and they were married on June 20, 1964 in Rochester. After their wedding, they moved to Yakima, Washington, where Robert began his career in the wood products industry. Carole taught second grade before beginning a family with Bob. They lived in Boise, Idaho and Custer, South Dakota before settling in Chelan, Washington. As a young person, Carole studied piano and cello at Eastman School of Music in Rochester. She appreciated music her entire life. She played music with friends in the Black Hills of South Dakota and enjoyed the local Bach Fest in Chelan. Carole was fond of being in the woods. She reminisced of her summer breaks at Blue Mountain Lake in the Adirondacks where she was a chambermaid for Crane Point Lodge. After raising her children, Carole earned a master’s degree in counseling from Heritage College in Omak, Washington. She worked for several years at Children’s Home Society in Wenatchee, Washington. Carole made a meaningful connection with each person who crossed her path. She deeply valued her relationships with family and friends, and loved hosting them at her home on the lake. Carole is survived by her children Julie (James) Maas of Spearfish, South Dakota, and their children Zachary Maas, Rachel Maas, and Beau Maas; Lynne (Michael) Brownfield of Chelan, Washington, and their children Lydia (Lucas) Bighouse, Lindsey Brownfield, Sophie Brownfield, Sarah Brownfield, and Benjamin Brownfield; David (Laura) Harris of Arlington, Washington and their son Nolan Harris; and her sisters-inlaw Ardis Harris and Kathleen Weiher. She was preceded in death by her husband in 2002. A tribute service will be held Thursday, January 24, 2013, at 2 p.m. at Chelan United Methodist Church with Donn Plew officiating. Memorials may be made to Lake Chelan Community Hospital Foundation. Services have been entrusted to Precht Rose Chapel, Chelan. Please feel free to leave comments and share stories for others to see.

Carole Ross Cooper Harris, 70, passed away peacefully at her home in the presence of her family on Wednesday, January 16, 2013 in Chelan, Washington. She was born on July 27, 1942 in Rochester, New York to Floyd and Virginia (Ross) Cooper,... View Obituary & Service Information

The family of Carole Harris created this Life Tributes page to make it easy to share your memories.

Carole Ross Cooper Harris, 70, passed away peacefully at her...