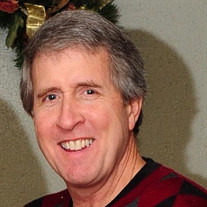 Brian Michael Sonneman, 58, of Brewster Washington, went home to be with his Lord and Savior on October 31, 2017, surrounded by his loving family. He was born November 25, 1958 in Tacoma, Washington to Robert and Marlene Sonneman. He grew up in Tacoma through high school where he was an outstanding athlete. He committed his life to the Lord in high school and was instrumental in bringing his entire family to know the Lord. By God’s grace and Brians example and devotion, each one of his children know and love the Lord. This was his greatest joy. He was involved in Young Life and was never ashamed to share the gospel. He attended Centralia College on a basketball scholarship then went on to WSU where he met his wife of 35 years. He was married to Lisa Ogle on July 31, 1982 in Leavenworth, Washington. They made their home in Tacoma, Spokane, and lastly, Brewster, where they have lived for 18 years. He was a man of integrity and lived what he believed. Brian was passionate about defending life. He spent years on the board of directors for the Crisis Pregnancy Center of Spokane and the local Care Net and earnestly prayed for abortion to end. In 2002, Brian and Lisa felt called to adopt from Haiti. Over the next 6 years, they brought 4 children home. He loved his family and was so proud of each and every one of them. Brian had a wonderful sense of humor. His children lovingly refer to his “Dad jokes”. In 2010, after the earthquake in Haiti, Brian spent a month working in a makeshift hospital. He is fondly remembered by many there. Brian was a respected physical therapist for 23 years, working in a variety of settings. He loved his profession and deeply cared for his patients. He and his wife owned Eagle Rock Physical Therapy for 8 years, which they sold in 2015 after he was diagnosed with leukemia. Brian loved sports, fishing, camping and spending time with his family. He coached AAU basketball and was an active member of his church. He served on the church board and was instrumental in getting the Log Church Christian School established. He is survived by his wife Lisa of Brewster, and 10 wonderful children. Beth Milton and her husband Brad of Brewster, WA, Rebekah Blakley and her husband Michael of Nashville, TN, Caleb and wife Sara of West Hampton Beach, NY, Abraham and wife Brittany of Coeur d’alene, ID, Jolene Duncan and husband Richard of Kirkland, Stephanie Sonneman of Spokane, WA, Rachel Searles and husband Brent of Wenatchee, WA, Miriah Sonneman of Spokane, WA, Matthew Sonneman of Okanogan, WA, and Jeff Sonneman of Brewster, WA, his parents, Marlene Calsbeek of Brewster, WA, Robert Sonneman of Gig Harbor, WA, two brothers Robert and wife Melanie of Fircrest, WA, Brad Sonneman of Brewster, WA and one sister Brenda and husband Dan of Gig Harbor, WA. Brian was blessed with eleven grandchildren, whom he enjoyed immensely. His stepfather, Frank Calsbeek precedes him in death. A memorial service will be held on Saturday, November 4 at 11 am at the Brewster High School gym. The Barnes Chapel is entrusted with the arrangement. In lieu of flowers, memorial donations can be made to any Carenet Center or the Log Church Christian School in Brewster.

Brian Michael Sonneman, 58, of Brewster Washington, went home to be with his Lord and Savior on October 31, 2017, surrounded by his loving family. He was born November 25, 1958 in Tacoma, Washington to Robert and Marlene Sonneman. He grew up... View Obituary & Service Information

The family of Brian Michael Sonneman created this Life Tributes page to make it easy to share your memories.