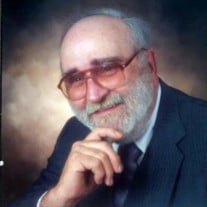 Al P Reeves ended his valiant battle with Parkinson's disease on March 15, 2022, at the age of 89. Al was born in Sandpoint, Idaho, to father Alva Reeves and mother Mary Lambert on July 24, 1932, a birthday Al shared with his father. Al grew up in Sandpoint, on the shore of Lake Pend Oreille, surrounded by mountains and forests. He became an avid hunter and fisherman, activities that helped feed his family and which became lifelong passions. Al was a Sea Scout as a youth. He played high school and college football, and continued his involvement in youth sports over the years as a football referee, Little League umpire, and high school girls' basketball and volleyball assistant coach. Al excelled in high school band and won awards playing tuba. While still in high school, he accompanied adult ensembles to earn money, and continued playing various brass instruments throughout his life. Al earned his Bachelor of Arts in Education in June 1954 at Eastern WA College of Education, Cheney. He funded his education working various jobs, both on and off campus. His favorite job during this time was coordinating and playing in student swing and jazz dance bands for hire. The bands played at high school and college dances in Eastern Washington and Idaho. Al began his music teaching career in Oroville, WA where he met Leona Allison. They married on June 3, 1956, in Omak, WA. Al continued his education at Central Washington College of Education, Ellensburg, where he and Leona were residential men’s dorm counselors for a year. Al’s next teaching assignments were in Pomeroy, WA, and Irrigon, OR, when their children were born. Following that, he taught music for the Job Corps at Tongue Point, Astoria, OR. Al worked for eight years as a district scout executive for the Boy Scouts of America, in Olympia and Spokane, WA. He earned the Order of the Arrow as an adult and was awarded the Silver Beaver award for his volunteer work for the Boy Scouts. As an executive Al was involved with community relations, training, and various leadership activities. Al managed summer waterfront activities at Camp Thunderbird on Summit Lake and Camp Cowles on Diamond Lake, helping many scouts earn their merit badges in swimming and boating. Before returning to teaching, Al worked for Spokane Educational Service District 101 in school traffic safety and became certified to teach driver's education. He taught driving to adults on the Colville Indian Reservation before accepting a driver's education and math teaching position at Lake Roosevelt High School in Coulee Dam, WA where he later resumed teaching band and chorus. Al was a member of the Washington Traffic Safety Education Association. He coauthored Washington State's driver education manual and in 1989 was honored as the 17th recipient of the Cliff Boyce Teacher of the Year Traffic Safety award. As a high school music teacher, Al directed all band and chorus activities, including concerts, pep band at home football and basketball games, parades, and band and chorus tour performances at other schools, which students especially enjoyed. He also directed various community and church choirs throughout the years. Early on, Al began using computers to prepare class assignments, test students, and maintain student grades. He retired from teaching band, chorus, and driver's education at Lake Roosevelt in 1992. After retirement he again worked for the Job Corps at Moses Lake, WA counseling and testing students to gain their GED and continue on to college or learn a trade. Never happy to be completely away from music, Al continued his involvement with the community choir and a brass ensemble. His favorite instrument was his tuba, which he donated to Sandpoint High after he stopped playing. Al and Leona were married for 65 years, living, working, and raising their children in Washington and Oregon. They traveled throughout the western United States, spending early post retirement winters in Arizona and summers on the Oregon coast. Al enjoyed playing pinochle with friends, and doing jigsaw and crossword puzzles. He was active in the Lions Club in both Spokane and Grand Coulee and worked after retirement as a seasonal tour guide at the Grand Coulee Dam visitor’s center. Al was preceded in death by his parents, sisters Mary Ella and Maxine, and brother John. His wife Leona and son Sean remain in Grand Coulee, WA; his daughter Leann and son-in-law Stephen reside in Rochester, WA. Other surviving family members include granddaughters Rachel (Monte) Cleaver of Corvallis, OR, and Rebecca Ryser (Alex Choppin) of Seattle, WA; grandson Matthew Ryser (Alexandra Bittner) of Redmond, OR; great-granddaughter Sophia Cleaver, and many nieces and nephews in the Pacific Northwest. Al spent much of his adult life in service to youth and the communities he lived in. Thank you, Al, for a life well-lived and shared with so many. You will beforever remembered by those whose lives you enriched; may you rest in peace. Al requested no service. If you wish to make a donation in Al’s memory, please do so to the charity of your choice. Thank you.

Al P Reeves ended his valiant battle with Parkinson's disease on March 15, 2022, at the age of 89. Al was born in Sandpoint, Idaho, to father Alva Reeves and mother Mary Lambert on July 24, 1932, a birthday Al shared with his father. Al grew... View Obituary & Service Information

The family of Alva P Reeves Jr created this Life Tributes page to make it easy to share your memories.