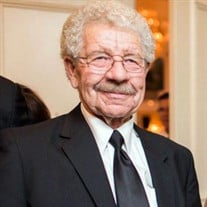 Allen Eugene Anderson, also known as: Allen, Al, Uncle Al, and Papa, went to be with Jesus. He died unexpectedly on Monday, April 16, 2018 at home in Chelan doing one of the many things he loves; working on his travel trailer. He was 70 years old. Born on July 1st, 1947, in Wenatchee to Gene and Ruth Anderson. He was brought up in Manson, Washington. He was the oldest of four brothers. He attended Manson School district and graduated in 1965. During school, he was active in FFA. He enjoyed hunting with his Father, brothers, and friends. Following high school, Al enlisted in the United States Army, where he proudly served for three years; two years in Fort Sill, Oklahoma, followed by one year in Phu Bai, Vietnam, after which he was Honorably Discharged and returned home to Manson, where he worked in the apple industry for many years. During that time, he married Mary Bullemer and had two daughters. On September 6, 1986, Al married Stephanie Thompson, the love of his life, bringing her to Chelan, where they spent the last 31½ years. In 1987, Al began his career as an Emergency Medical Technician through Lake Chelan Community Hospital, where he faithfully served his community for 25 years as an EMT until his retirement on July 1, 2013. Al continued to be "on-call" for his community the remainder of his life by serving his friends, family, and community in various capacities. Allen valued being prepared and respected men who shared the same values in providing well for their own families. Al was rich in values and personal beliefs. He was proud of his daughters for choosing husbands who live life the same way. Allen enjoyed spending time outdoors snowmobiling, wood-working in his shop, and camping. Above all, Al and Stephane enjoyed spending time with their daughters’ families and spoiling their grandchildren. Papa is survived by Grandma Stephanie; his daughter Jennifer and her husband Mike Workman; his daughter Jessica and her husband Sean Musser; and "us," the spoiled grandchildren: Calvin, Michael, Grace, Lauren, Max, and Dane. Al is also survived by his brother, Alvin Anderson and wife Susan; his brother Frank Anderson and wife Lisa; as well as numerous nieces and nephews. Finally, Al is survived by his biggest fan and most loyal companion ... Elle, the neighbor’s dog! Al was preceded in death by his father, mother, and youngest brother, Gary. A celebration of Allen’s life will be held Saturday, April 28, 2018 at 10:30am at Chelan High School Performing Arts Center. Reception to immediately follow in the school commons. Donations can be made to the Living Stone Church building fund and/or Lake Chelan Community Hospital EMS.

Allen Eugene Anderson, also known as: Allen, Al, Uncle Al, and Papa, went to be with Jesus. He died unexpectedly on Monday, April 16, 2018 at home in Chelan doing one of the many things he loves; working on his travel trailer. He was 70 years... View Obituary & Service Information

The family of Allen Eugene Anderson created this Life Tributes page to make it easy to share your memories.