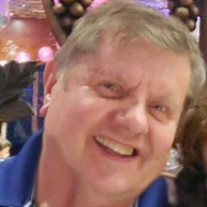 Aldon Oscarson, 75, died in his home on Tuesday, April 17, 2018, following a brief illness. Aldon was born on December 15, 1942 and raised in Newport, WA. He was the youngest of 13 children. His parents, John and Beda Oscarson, immigrated from Sweden in 1923. At a young age, Aldon began working with Jim Akers in his pharmacy in Newport , WA, which stoked the fire for his later career. He graduated salutatorian from Newport High School in 1961 and attended the University of Montana, where he received his Bachelor of Science in Pharmacy degree in 1966. He came to Chelan, WA, and met with Chet Green about a job offer in April of 1967, and was hired on the spot. In the early 1980's, Aldon purchased Green's Drug, and he and Nancy ran it together until they sold it in 2006. Aldon finished his pharmacy career with 12 years at Safeway in Chelan. Aldon married Nancy, the love of his life, in 1962. Their love story was one to behold. They set a beautiful example of what marriage can be for all who knew them. In addition to raising their boys and running a successful business together, they loved to travel and enjoy frequent dinner dates. In his free time, Aldon enjoyed fishing, metal detecting, playing music, making stringed instruments, and spending time with his friends and family. Aldon was an incredible father. He encouraged his boys to pursue their goals and dreams, always giving them his full support. "Just do your best" he would say. A devoted grandfather, his grandchildren were the absolute joy of his life. Aldon was very active in the Chelan Valley. He was involved in the Jaycees, the Masonic Lodge, the Eastern Star, the Civil Service Commission for the City of Chelan, and Rotary International, - through which he and Nancy hosted exchange students from five different countries. Aldon was preceded in death by his parents, John and Beda; and siblings: Oscar, Runi, Ralph, Mary Ann, and Doris. He is survived by his wife, Nancy; sons: Jim and Patrick; daughter-inlaw, Rachel; grandchildren: Erick, Johanna, Audrey, Liam, Ethan; and siblings: Ed, Roy, Lorna, Alice, Johnny, Astrid, Nina; and numerous nieces and nephews. A Memorial Service will be held on Wednesday, April 25, 2018, at 1:00 p.m., at North Shore Bible Church, 123 Wapato Pt. Pkwy., Manson, WA. Reception to follow at 3:00 p.m., at the Chelan Senior Center, 523 E. Trow Ave., Chelan, WA. All are welcome to join us. Bring your favorite memories to share and your favorite. Please leave any thoughts and memories for the family at www.prechtrose.com. Precht Rose Chape, Chelan, WA,l is entrusted with arrangements.

Aldon Oscarson, 75, died in his home on Tuesday, April 17, 2018, following a brief illness. Aldon was born on December 15, 1942 and raised in Newport, WA. He was the youngest of 13 children. His parents, John and Beda Oscarson, immigrated... View Obituary & Service Information

The family of Aldon Oscarson created this Life Tributes page to make it easy to share your memories.