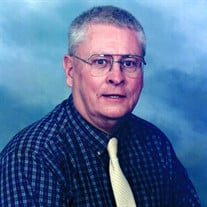 Admiral Dewey Webb Jr, born gentleman, loving family man, and a man of extraordinary compassion took his final “sprint around the clubhouse turn” on November 4th 2017. Dewey came from a pioneering family that moved to Wenatchee from Webbville Kentucky in 1900. While attending Wenatchee High School Dewey met the love of his life Bette Rae Woodward. In 1952 Dewey and Bette married and had three loving children, Susan, Jeffrey and Steven. After attending the University of Washington Dewey served four years in the Air Force as a Master Sargent. Upon completion of his Military Service Dewey began a 30 year career with The Equitable of Iowa Life Insurance Company, first in Seattle and ultimately in Tacoma. While in Tacoma he was the president of the Tacoma/Pierce County Estate planning Council, member of the Tacoma Yacht Club, Resident member of the Tacoma Country Club and Rotary. While in Tacoma he loved boating in the Puget Sound, dirt bike riding, and going to his Ski Condo at White Pass whenever possible. Upon retirement he relocated to Chelan Washington, where he began a second career as a financial advisor with North Cascades National Bank. For 25 years, his twice daily stock market reports made him a bit of a “celebrity” in the Valley which he truly enjoyed. Nobody enjoyed life like Dewey. His sense of humor was winning, delightful and his smile sincere. He will be warmly remembered by all whose lives he touched. He is survived by his wife Bette, sons Jeffrey (Claudia), Steven (Jasmine) and daughter Susan (Roger), Sister Judy (Ron) Johnson, grandson Jeffrey, nephews Brian and Marshal, Lynn and Gary, and nieces Janet and Diane. Heartfelt thanks are given to caregiver and close friend Iona Adams, and the staff at the Lake Chelan Community Hospital. Visitation for Dewey Webb will be Tuesday and Wednesday, November 7 and 8 from 12:00 to 4:00 pm. Graveside services will be Thursday, November , 2017 at 12:00 PM at Chelan Fraternal Cemetery, 815 N. Bradley, Chelan, WA. 98816. Memorials may be donated to the Parkinson’s foundation of your choice. Please feel free to leave any thoughts and memories for the family at www.prechtrose.com. Precht Rose Chapel is entrusted with the services.

The family of Admiral Dewey Webb Jr. created this Life Tributes page to make it easy to share your memories.